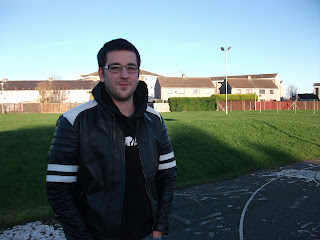 Have you been used up? Beaten down with your crazy dreams of a church that could be..? Questioned about your faith because you're not content with just sitting in a meeting?  Do you ever feel like you just don't fit for some reason? You know that Jesus is very real but something isn't right! How did you ever come to the place where you're bored, frustrated and given up church?

When we are willing to admit that we have these questions we just might be at the start of an adventurous, risky and fulfilling life. Following Jesus in the journey of God's mission to change our world. The church is changing and it's starting with you. Join in the conversation that's been happening since Jesus uttered the words "GO and make disciples of all nations." Maybe we think too often that we have found Jesus and forget that life is about following him. So he leads us to new and exciting places (maybe sometimes dangerous) Its not that you "found Jesus" but you're FINDING Jesus!

You might be suprised when you will find the Saviour of the world in the most compromising positions. After all he did that when he was leading the very first disciples. How many times did he break the religious rules to ensure the downtroden and hurting needs were met. Would we be willing to stand by the prostitute on the corner of the street and learn her story?

I was in the field opposite my house a while ago playing football with anyone that was up for it and there was a lad who was fairly disturbed and being ignored by everyone because previous to me being there, he had been in a fight. I spoke to him only to find out he wasn't the one that had the fight but he had jumped in to protect his mate from being hurt if not killed. Somehow he managed to be cut deep on his hand, the blood was all over his white coat and trousers. As we are talking, and he's telling me how he saved his friend's life by pulling the attacker off and fighting him back till the attacker gave up, his arm gestures are flicking blood on me!

So as he's telling me about how he had to protect his friend, “My friends are my only family,” he said. I’m looking at him soaked in blood and think he must be in pain. I looked him in the eyes and saw a pain that cuts deeper than the flesh, I knew that there was something else bothering him. So I ask him, “What’s up mate?” A long pause and he replied with frustration and hurt in his voice “He never said thank you for jumping in for me and saving my life”.

There and then my heart broke and I thanked Christ for jumping in for me and sharing His blood to save me.